So we got away on New Year’s Day, a clear and bright winter day. Past few days rather rushed with many more last-minute items to resolve than I might have anticipated. The two allowable duffel bags packed under watchful eyes of Soigneur, and the Bicycle packed up with Douglass’ help (I even remembered the wheels before sealing the box the following morning. This will be, I believe, the 9th trip for this recycle-able, reusable carton, so not bad. Flights across via Frankfurt uneventful, and while both duffel bags came down the baggage carousel in Cairo, not so for the most critical item, the bike! A worrisome couple of days followed, but it did pitch up some 48+ hours later, seemingly in good shape.

However, no time to truly inspect as we were off to see something of Egypt’s fabulous history well before sunrise on the 3rd morning in-country. While one reads about the Pyramids and Monuments of Egypt, they’re still an awesome sight firsthand. The Giza Pryamids are simply huge, amazingly steep-sided and constructed of interlocking 3-dimensional L-shaped blocks, not the simplistic cubes that I’d always assumed from all the images and drawings previously seen. The temples at Karnak, Luxor and further upriver are truly impressive, although I’m reminded of Shelley’s "Ozymandias:"

I met a traveller from an antique land

Who said: Two vast and trunkless legs of stone

Stand in the desert. Near them, on the sand,

Half sunk, a shattered visage lies, whose frown,

And wrinkled lip, and sneer of cold command,

Tell that its sculptor well those passions read

Which yet survive, stamped on these lifeless things,

The hand that mocked them and the heart that fed:

And on the pedestal these words appear:

'My name is Ozymandias, king of kings:

Look on my works, ye Mighty, and despair!'

Nothing beside remains. Round the decay

Of that colossal wreck, boundless and bare

The lone and level sands stretch far away.

Now continuing further upriver from Komombo to Aswan and then Abu Simbel before returning to Cairo by the 12th for riders’ meetings, bike assembly (please, let nothing be broken at the outset!), re-sort and re-pack the duffels (separated into ‘daily’ and ‘camp’ or rest-day bags) and hopefully still some time left over to look about old Cairo. Actual departure set for the 16th. Given the very chilly mornings so far, I suspect that I may have under-packed my winter gear. Oh well.

Meantime, Trying Hard to quell thoughts of what the heck have I got myself into. 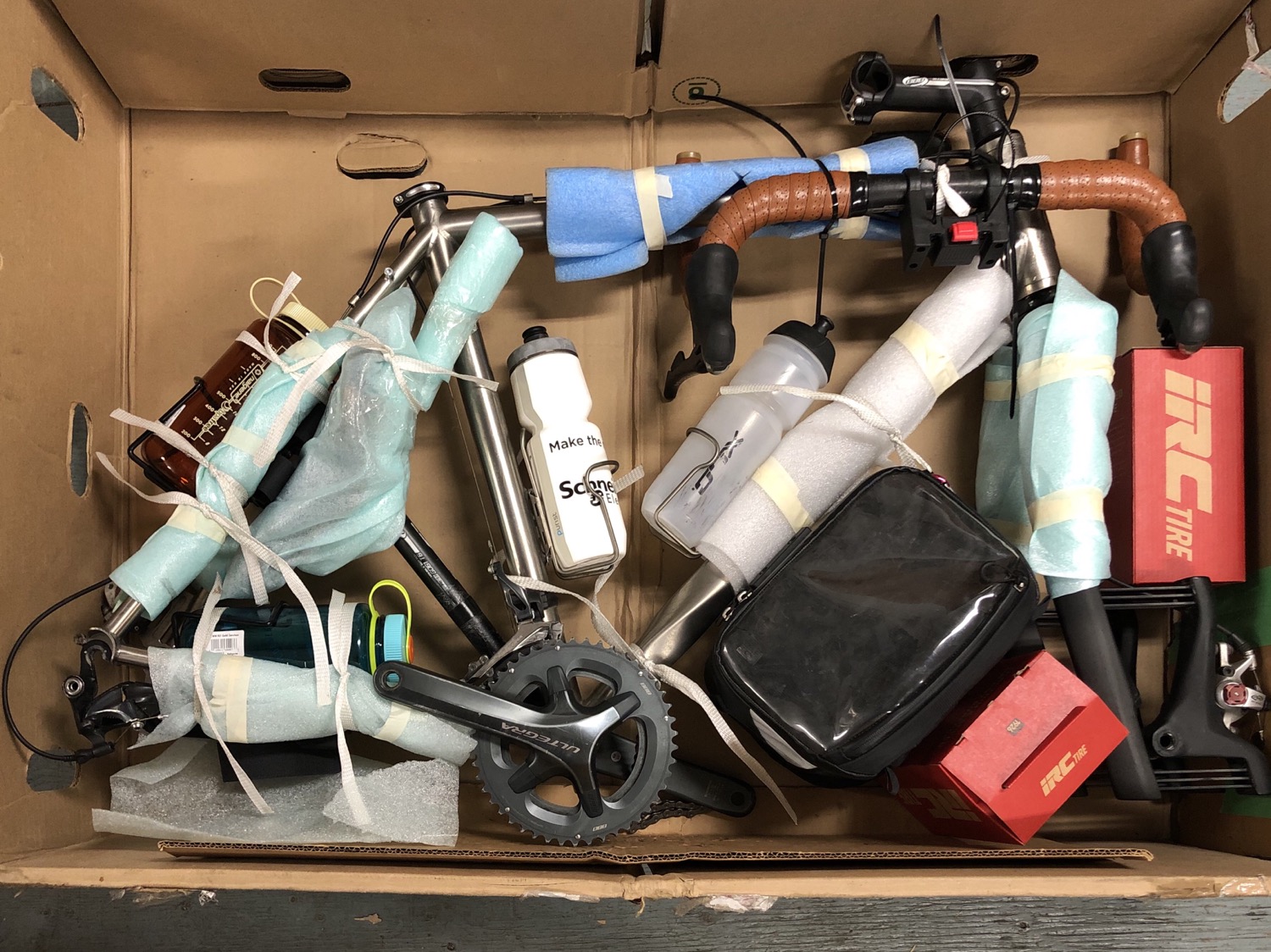